The AlpWeek on beginning of September 2022 in our member town Brig-Glis had much to offer: interactive workshops, interesting keynotes, heated debates and many opportunities to exchange and network with like-minded people from the Alpine region.

On the first evening of AlpenWeek, the Brig-Glis municipality hosted the opening ceremony in the historic Stockalper Castle. Mayor Mathias Bellwald and project manager Christian Jentsch warmly welcomed the 80 or so participants – including our co-president Ingrid Fischer from Sonthofen/D – to the international event.

In addition to keynote speeches and panel discussions, twelve different workshops were on the AlpWeek programme. The Alpine Town of the Year Association, in cooperation with our member town Brig-Glis and Rolf Weingartner, organised a workshop on the integration of water in the centres of Alpine towns as part of the “Climate Action in Alpine Towns” project. There were various inputs, for example from Regula Mülchi from the Swiss Federal Office of Meteorology and Climatology MeteoSwiss. She spoke about future climatic developments in Switzerland, urban heat island effects and explained that cities will become up to 6 degrees warmer than the surrounding countryside in the future, especially at night, as they cool down more slowly.

Moritz Burger from the University of Bern/CH then spoke about the importance of water in Bern and what cooling strategies are being pursued there, such as unsealing land, green and blue infrastructure, urban gardens or swimming in the river. However, many of these strategies depend on the availability of water.

As further input in the workshop, Thomas Kissling from Vogt Landscape Architects explained the perspective from a design and architectural point of view on the topic of water in urban space. There were two further presentations from the member city of Bressanone-Brixen: Florian Knollseisen spoke about river space management in the Eisack Valley, where three aspects in particular are taken into account: Flood protection, recreation and ecological measures. Erica Kircheis presented the “Water Light Festival” in the Alpine town of Bressanone-Brixen, where artists reflect on ecological, economic and social aspects of water in installations and works of art.

In the second part of the workshop, the group walked through the town with Monika Holzegger, Managing Director of the Alpine Town of the Year Association Brig-Glis, to see practical implementations, exchange experiences and deepen the discussion on water integration.

On Wednesday, together with the Brig-Glis Tourist Office, we invited participants to an excursion to the traditional Valais agricultural landscapes. Biologist Gerhard Schmid showed us the “Achera Biela” in Ried-Brig, a hotspot of biodiversity. The agricultural use of this unique cultural landscape is traditional, even if it is cultivated with modern machinery. The participants saw fields of rye, from which comes the typical rye bread made for example by the young baker Mathias Biner of the ARTIS bakery nearby. The use of high-quality raw materials and local resources is very important to him, of which the participants could convince themselves while tasting the different breads.

The AlpWeek 2022 is an international event co-organised by alpine organisations committed to mountain protection and sustainable development – including the Alpine Town of the Year Association. 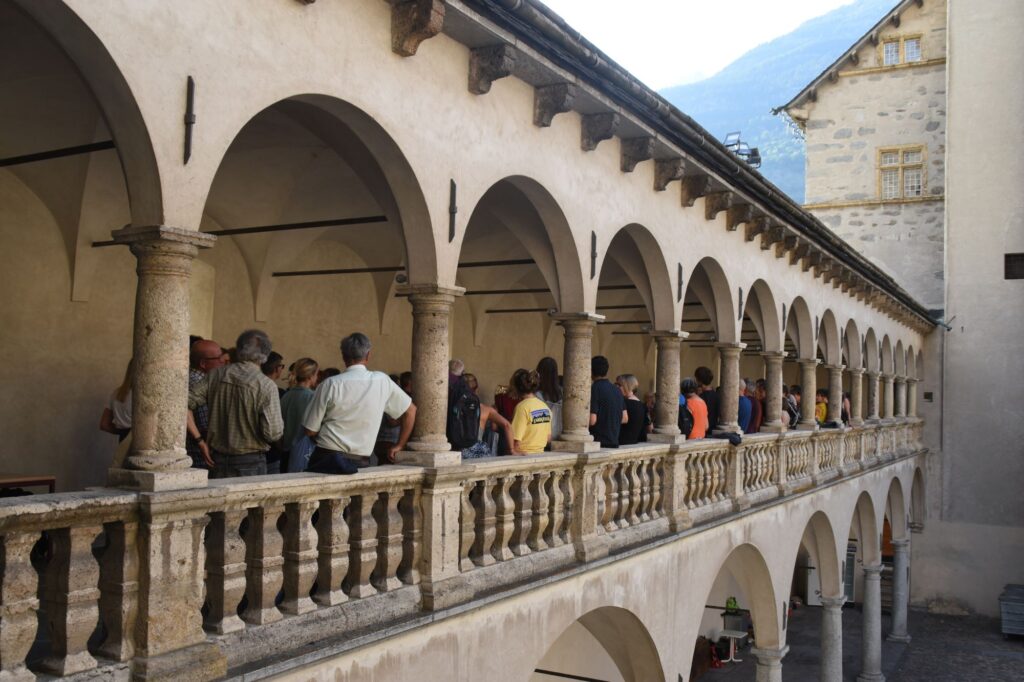 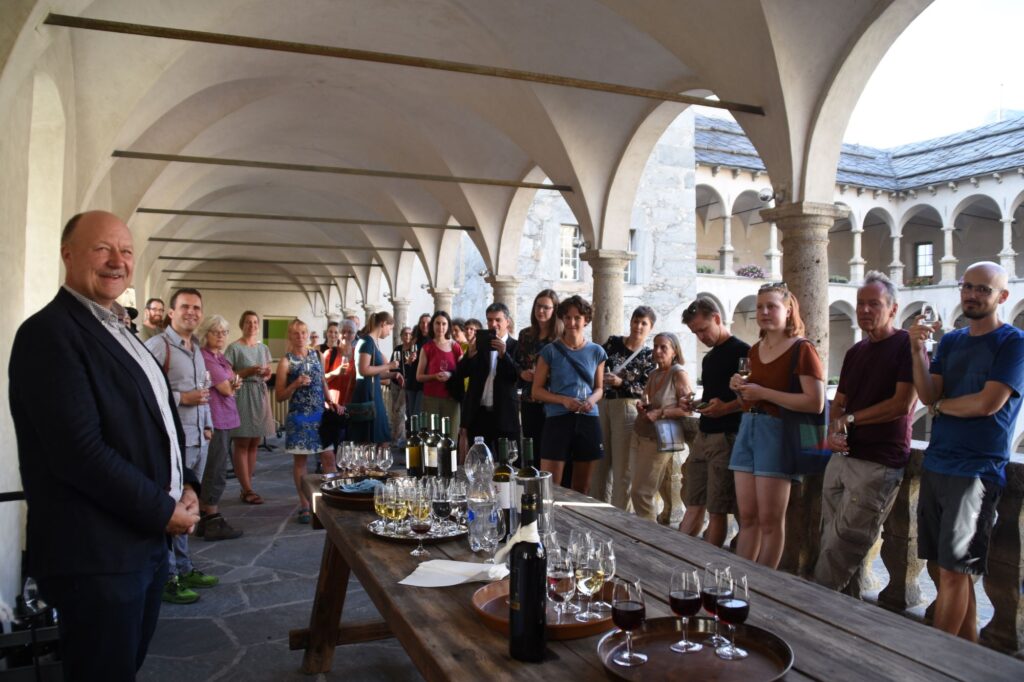 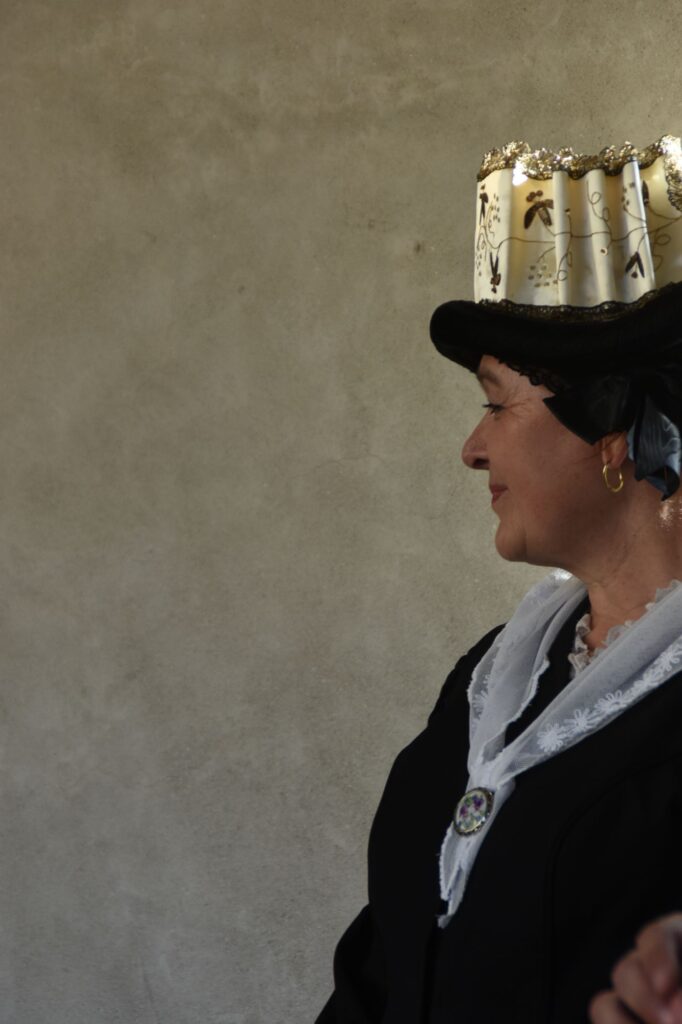 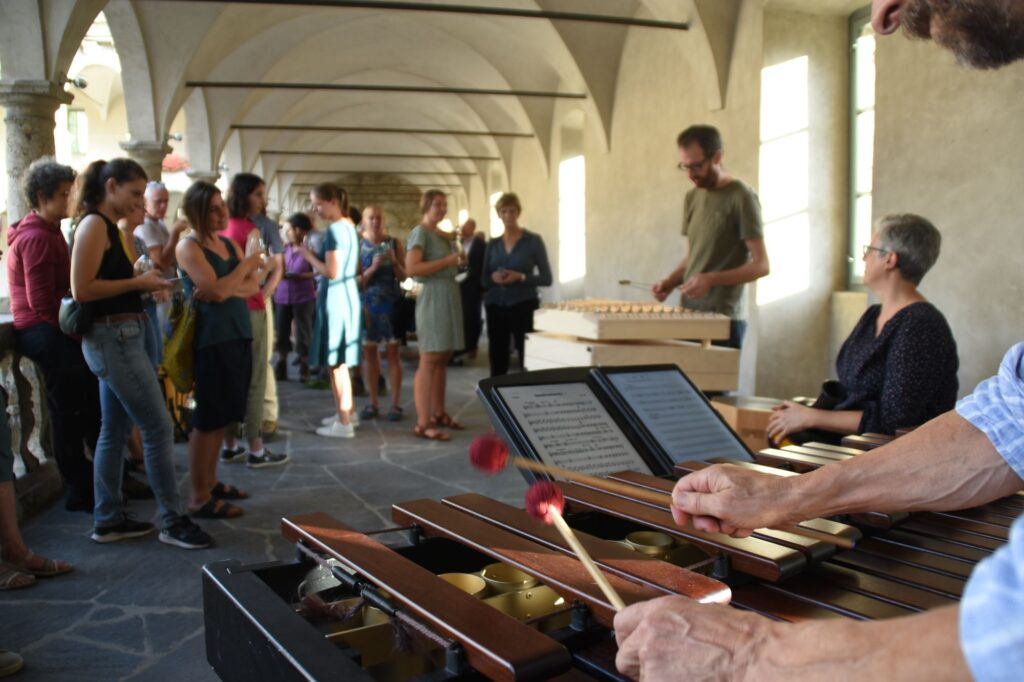 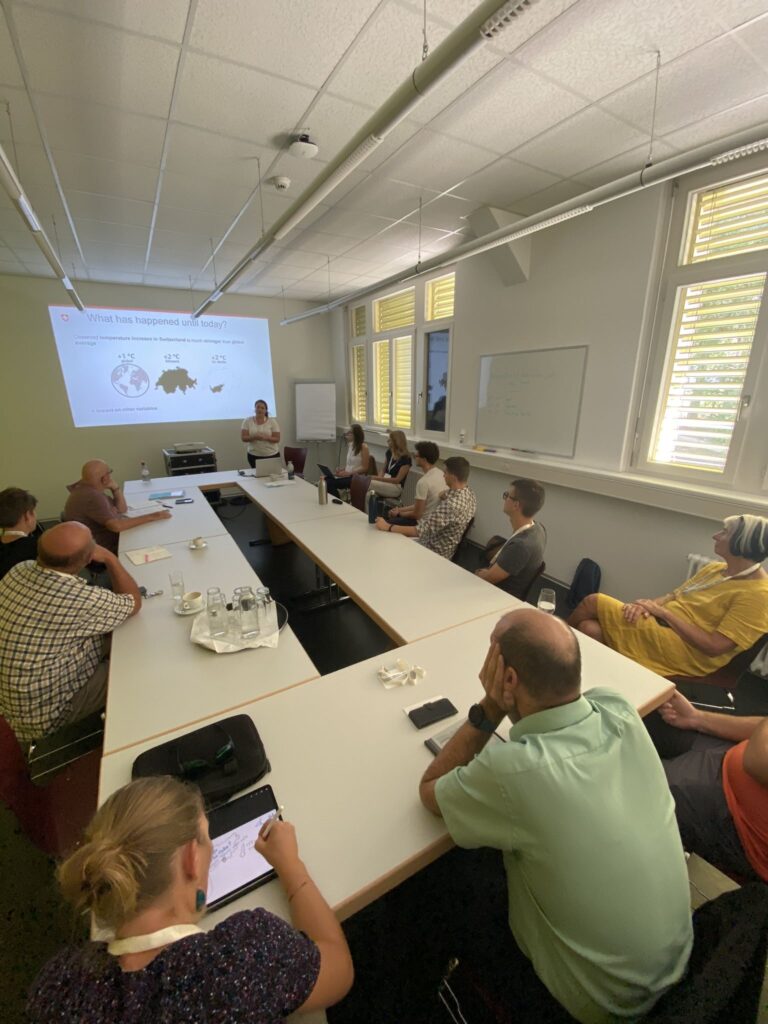 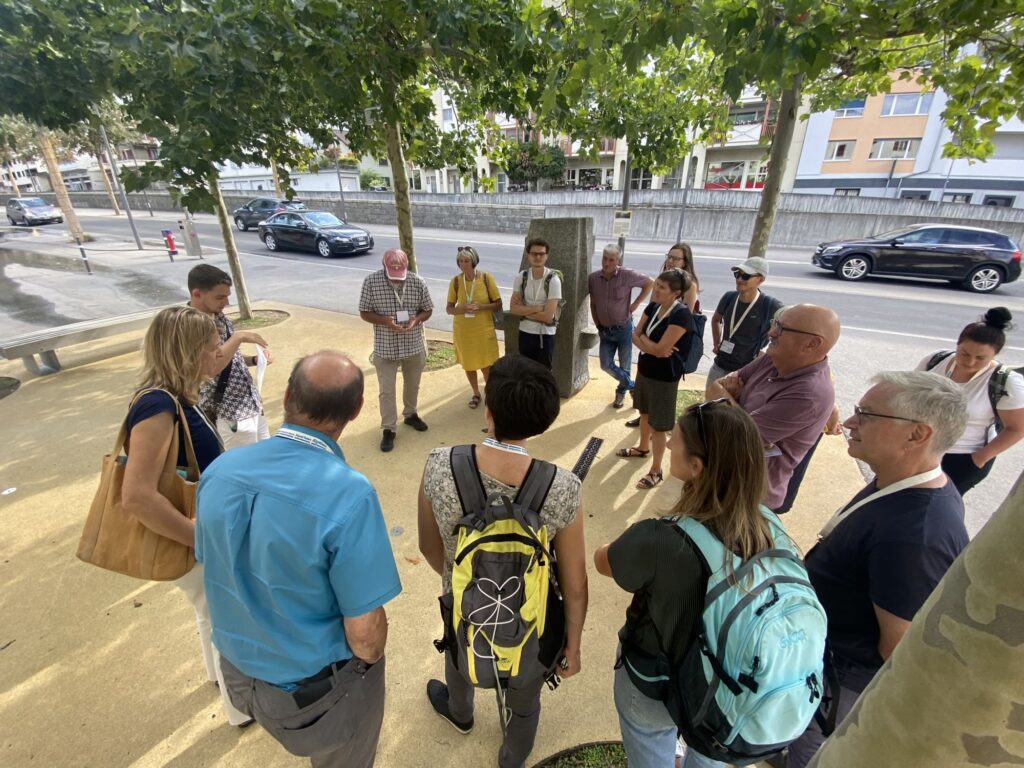 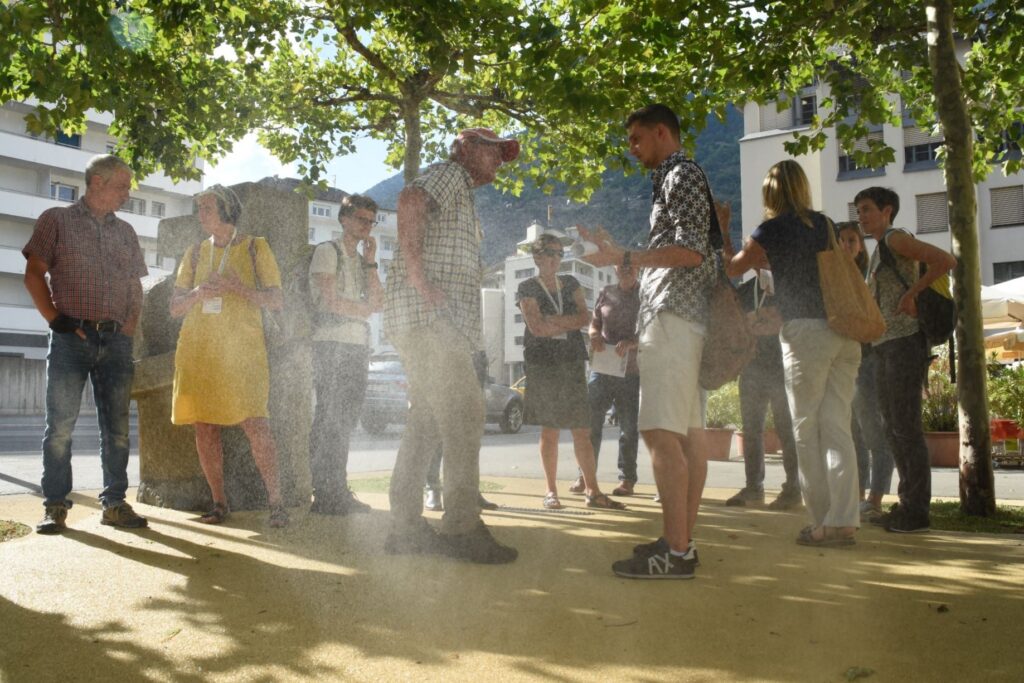 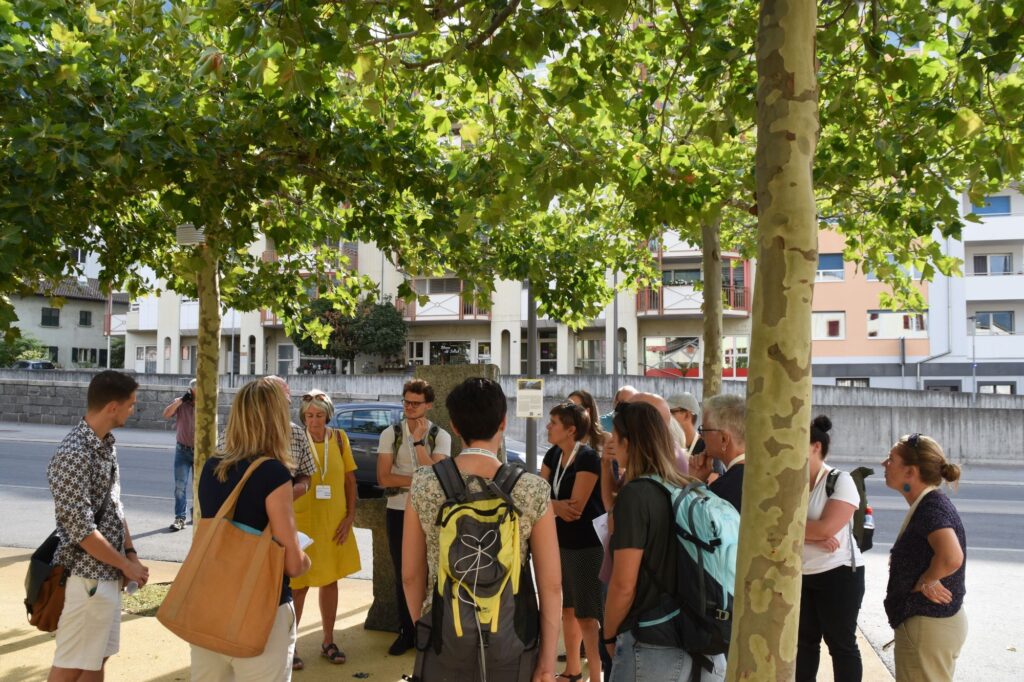 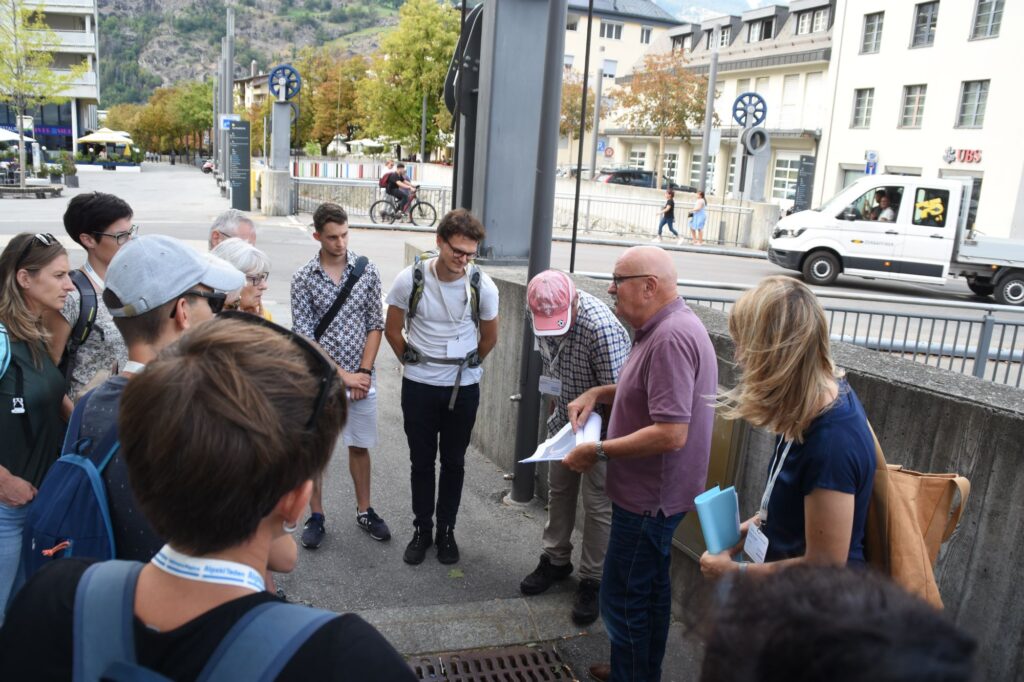 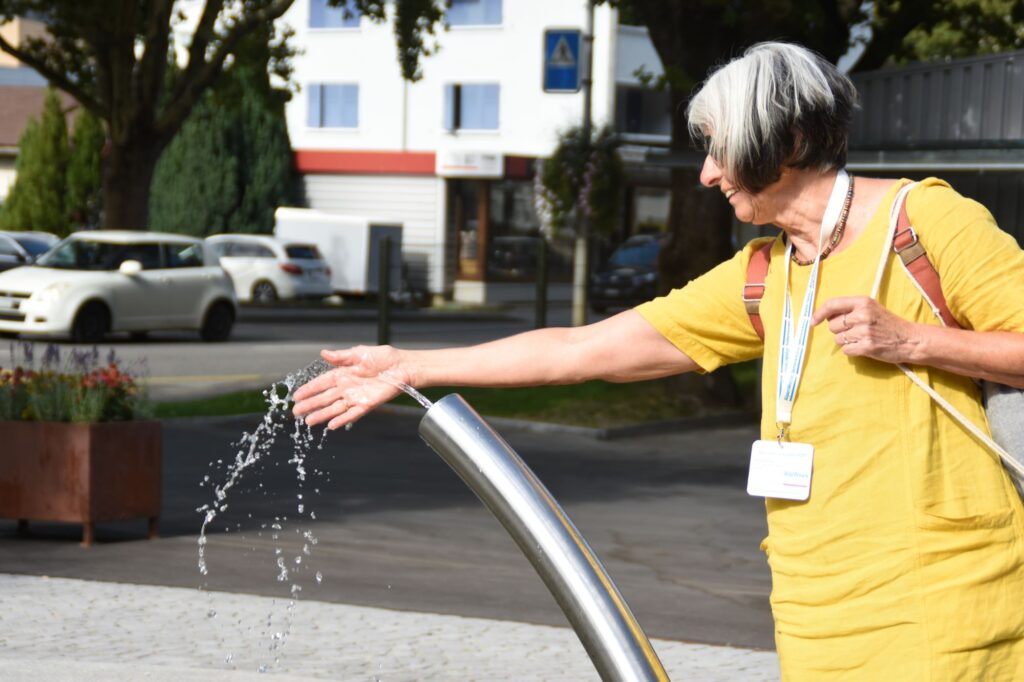 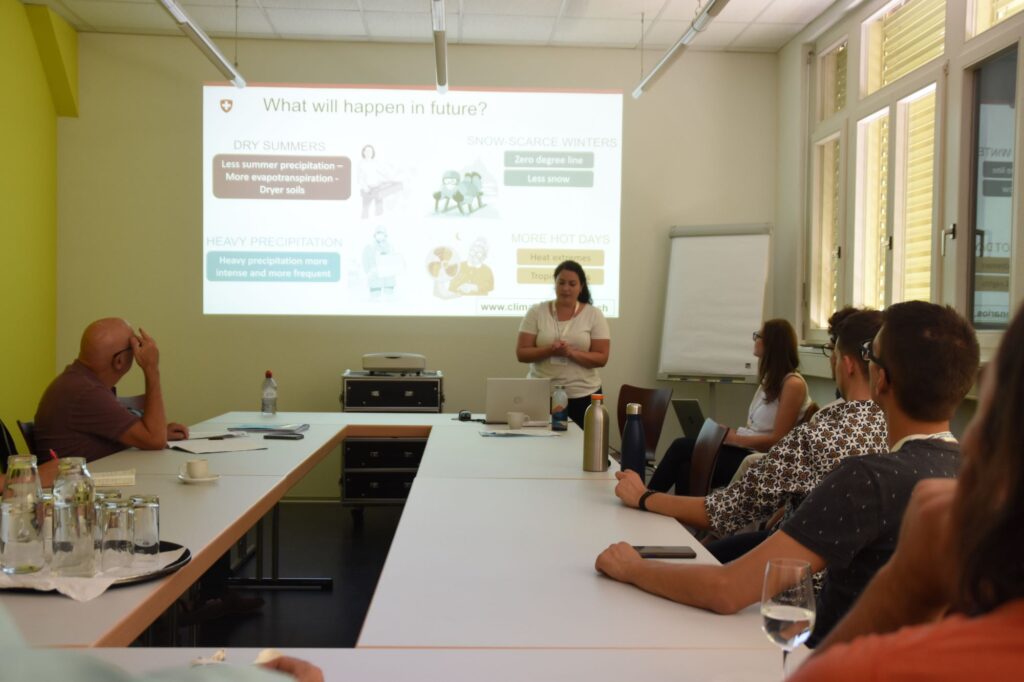 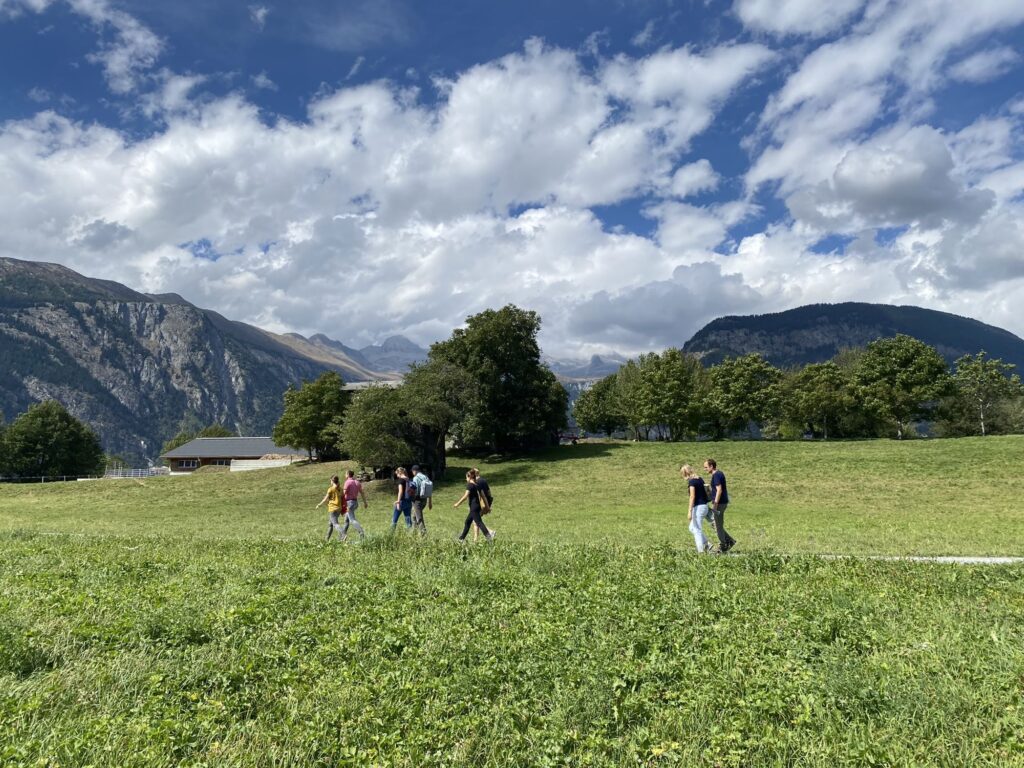 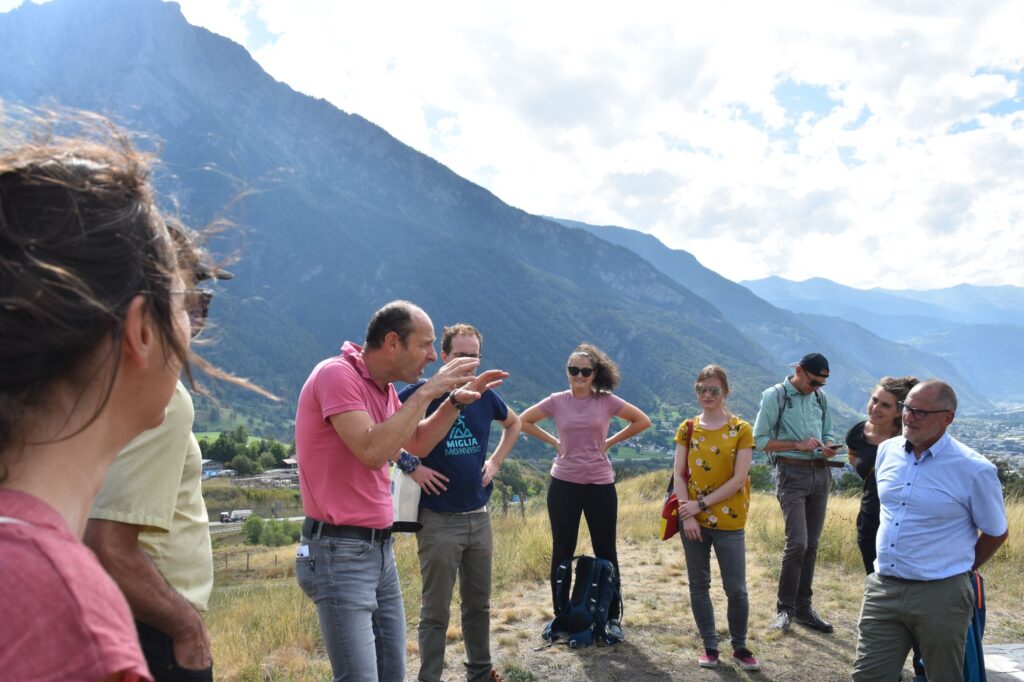 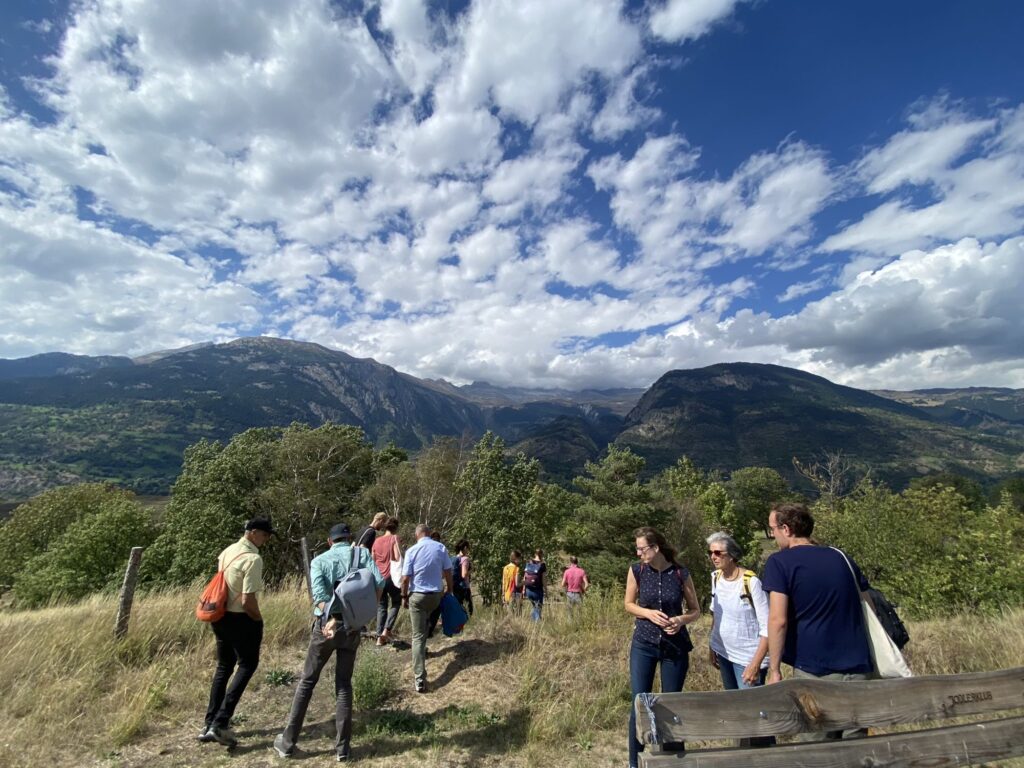 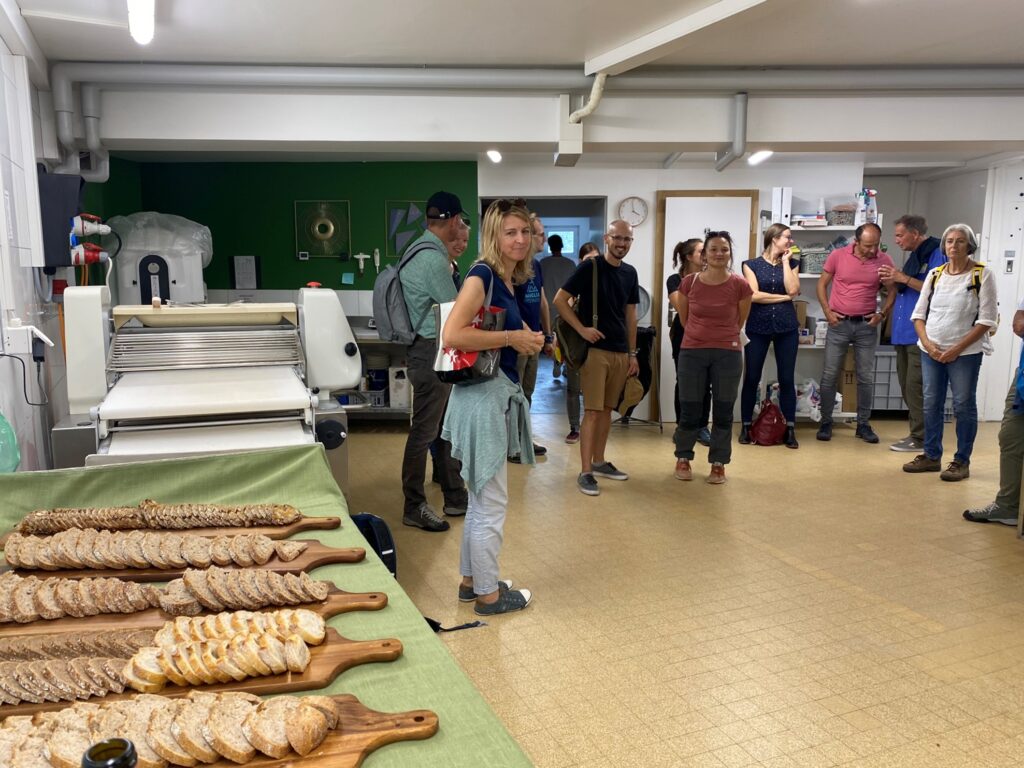 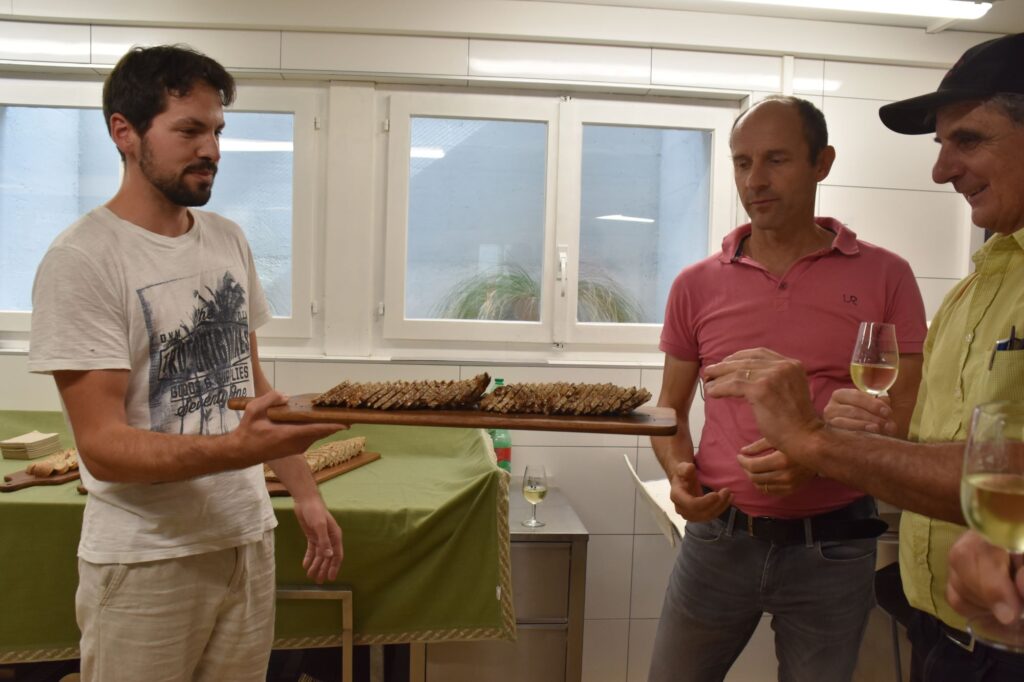 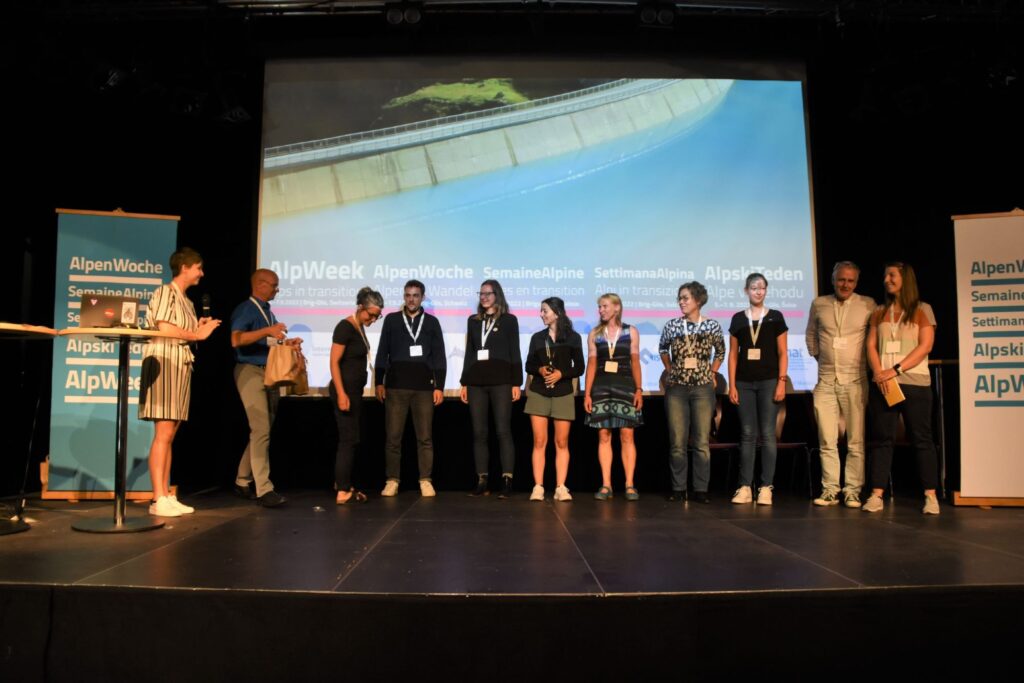